Uninterruptible Power Supplies (UPS) are designed to automatically provide emergency power, without delay or transients, to critical applications in case of an interruption to, or unacceptable condition of the mains/utility supply. Some UPSs also filter and/or regulate mains/utility power.

Objectives
While the electricity utilities try to supply clean, stable electrical power to their customers, there are times when the network may be overloaded or subject to accidents or emergencies which could give rise to the following fault conditions:
· Black-out: This is a complete loss of power lasting for more than one cycle, often caused by an accident or serious overload to the network.
· Brown-outs and sags: These are long duration voltage reductions often caused by excessive demand on the system.
· Swell: This is an increase from nominal voltage lasting one or more line cycles, possibly caused by the inability of the generating equipment to follow sudden changes in demand.
· Spikes and surges: These are short duration increases in voltage possibly caused by transients in the system.
· Frequency drift: This is the inability of the generating system to maintain a stable system frequency.
Apart from a prolonged power outage, many applications can tolerate some or all of these faulty conditions, however there are certain critical applications such as industrial processes or computer and communications installations, for which continuity of supply within narrow tolerances is essential. When faults occur, batteries can come to the rescue, maintaining the security of supply.

Specifications
The following factors relating to the intended application should be taken into account when specifying a UPS.
· Ride-through capability is the ability of a power source to deliver usable power for a limited time during a power loss.
· Hold up time is the length of time that the power supply used in an application can still provide a viable output without an input supply. This is possible because the energy stored in capacitive and inductive elements in the power supply can continue to supply the load for a short period. For example, in switch mode power supplies, typically used in computer equipment, the hold up time can range from 10-30 ms.
· Transfer time is the time taken by the UPS to switch from mains to the battery back up in case of mains failure or from battery power to mains power when normal power is restored. This time should be significantly less than the application hold up time to allow for a safety margin.
For computer applications a transfer time of less than 5 ms is advisable, however, it should be noted that an oversensitive unit may make unnecessary power transfers.
· Power handling is the normal power consumption of the application which the UPS must be able to supply during emergency periods.
· Inrush current is the momentary peak input current required by electrical equipment when it is initially switched on due to charging up inductive and capacitive loads.This can be many times it's normal operating current but is usually of very short duration. It can effect the sizing of UPS and the setting and timing of protection circuits.
· Back up time is the time period for which the UPS is required to support the load in case of mains failure. The required back up time depends on the user's system design and objectives. It may only need to be long enough to provide power to permit the orderly shut down of the application or it could be required to power the application for the full duration of any expected power outage. Alternatively the UPS may only be needed long enough to permit the connection and start up of alternative power from a high power rotary generator. The capacity of the UPS storage battery is determined by the current drawn by the load and the required back up time.
· Power conditioning or line conditioning is the provision of a regulated voltage and frequency power line with a pure sine wave free from electrical noise and ripple.
· Isolation is the complete electrical separation of the output of the UPS from the input power line. Power is coupled from the line input to the UPS output through separate windings in a transformer. Because there is no physical connection from input to output, the effect of transient interference from the mains supply is minimised and the safety of the application is improved.
· Orderly shutdown is the process of sequentially closing down hardware and/or software processes in the application so that no corruption of data occurs and/or no safety hazards are created. The back up time should be long enough to permit orderly shut down of the application.
· Load shedding is the ability to selectively shut off power to less critical loads during an extended power failure while maintaining power to the more critical loads thus extending the effective back up time of the UPS.
· Load sequencing is the ability to selectively turn on or off specific loads in a preset pattern during startup and/or shutdown. This may be for safety reasons or to minimise the initial inrush current.
· Recharge time is the length of time UPS takes to recharge the batteries after a discharge.
· Hot swapping is changing equipment while power is being supplied and used. This may be necessary for changing over battery packs.

Methods and Options
A UPS contains three basic components, a battery, a charger and an inverter used in three alternative topologies: off-line (standby), online (no break) and line-interactive. The inverter will also include some form of filtering to eliminate noise and distortion from the output wave.

Off Line or Standby UPS
These are simple inexpensive systems providing only basic protection. In normal situations the UPS passes the mains power directly to the load. The mains power provides a single DC line which keeps the battery charged. When the UPS detects a voltage too low, it turns on the inverter to power the load from the battery. The system is relatively slow (longer than 4 ms) and the delay between mains power loss and inverter startup can be long enough to disrupt the operation of some sensitive loads. This technology does not normally provide full time power conditioning but it may use a simple filter to clip spikes and electrical noise.

On Line or No Break UPS
These are designed to provide a zero transfer time, with better voltage and frequency regulation than that can be achieved by off line and line interactive UPS. In on line systems the mains power is used to provide two DC power lines which feed both the charger and the inverter which is permanently turned on providing the AC power to the application. When the mains fails, the inverter instantaneously draws its DC supply from the battery instead of the mains.
The method by which the AC load is permanently supplied by the system inverter and not the mains is called "double conversion" since the charger provides the AC-DC conversion and the inverter converts the DC back to AC again.
On line systems typically provide full power conditioning, protecting the load from all forms of power disturbances, including brownouts, blackout, transient surges or sags. In the event of a mains power failure, there is no delay or transfer time to backup power. These systems are however more costly and have both higher power consumption, and higher heat generation.

Line Interactive UPS
These systems contain an off-line inverter but also use a transformer to supply to the load. In the event of a mains failure the inverter is started and switched to the transformer to provide the output. The transformer is used to provide line conditioning however it also maintains output on its secondary briefly when a total outage occurs increasing the hold up time of the UPS. This results in a break in the output of a few milliseconds or less and is thus faster than a simple off line UPS. 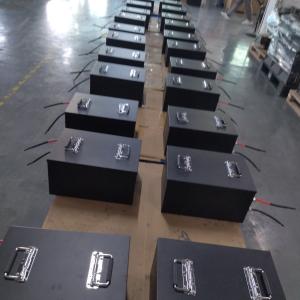 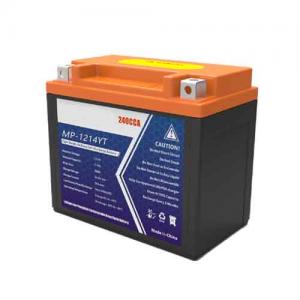 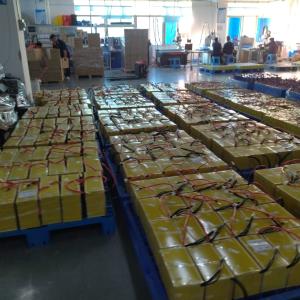 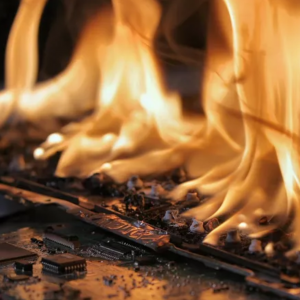